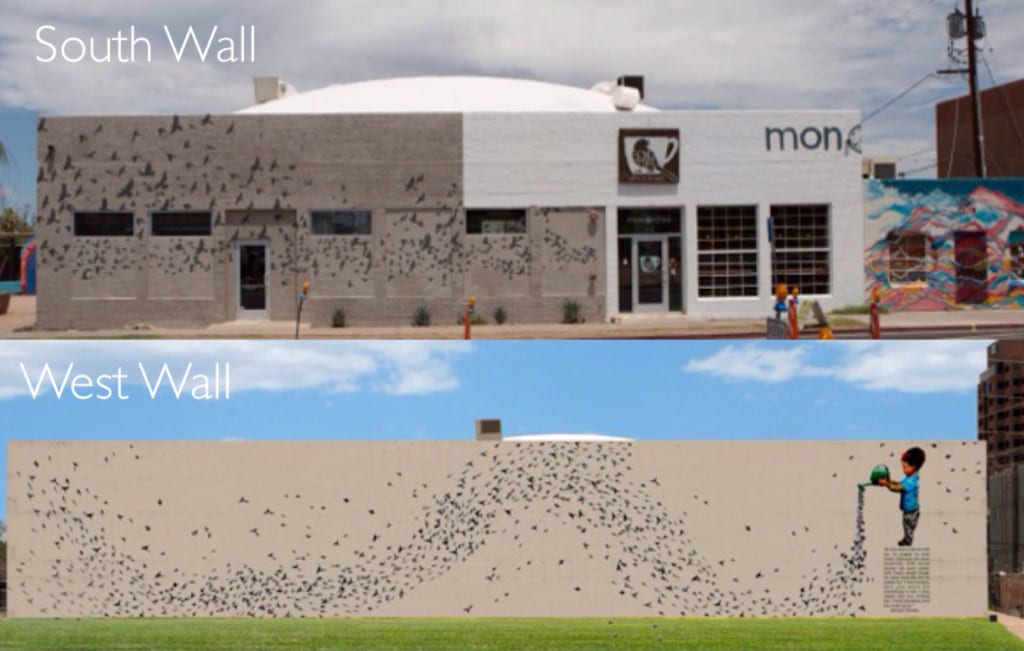 The working designs of the mural show a continuation of the flock of birds on the south wall onto the west wall. (Renderings: I Have a Name Project)

Little did he know, his one-time project would transform into a full-fledged arts and advocacy campaign: the I Have a Name Project.

Using the arts as a vehicle for change, the I Have a Name Project aspires to bring dignity, promote compassion and raise awareness of the plight of the homeless.

Since the project’s inception, Linton has spread the message of compassion through gallery exhibitions and social media. His most recent endeavor: a mural dedicated to the homeless.

“This is the crowning moment of this project,” he said. “Thousands of people will see it on any given First Friday, and hopefully, it will create an impact.”

Linton partnered with Shade Projects and local artists Wayne Rainey and Brian Boner to create this “messaging board” designed as a reminder to think of the homeless, whom Linton said are often ignored or forgotten. 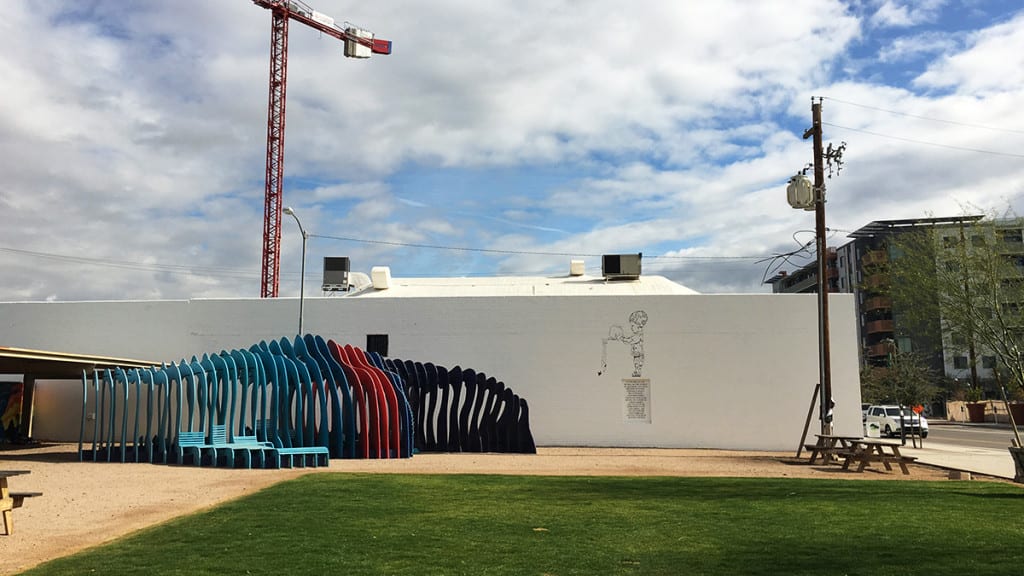 A new mural is now underway at the Monorchid in Roosevelt Row. The artists hope it will inspire conversations to end homelessness. (Photo: Brandi Porter)

Located on Roosevelt Street near Second Street, the mural is being painted on the west side of the Monorchid, which houses an events venue, gallery, coffee shop, coworking space as well as a photography and film studio. The mural features a small boy pouring birds from a pitcher that then circle across the wall. In fact, the birds are a continuation of Boner’s existing mural on the south side of the building.

The piece also features a quote by Mother Teresa: “At the end of life we will not be judged by how many diplomas we have received, how much money we have made, how many great things we have done. We will be judged by ‘I was hungry and you gave me something to eat, I was naked and you clothed me, I was homeless and you took me in.'” 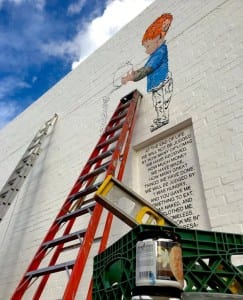 The west wall of the Monorchid will soon have a new visage: a mural dedicated to the homeless.

“It’s easy to get wrapped up in the minute in life, but the real importance is giving to others,” said Rainey, owner of Shade Projects and the Monorchid. “The mural is educational, inspirational and a mirror — to remind us to be compassionate.”

Work on the mural has already begun, however, funding has created a few hurdles.

Though they raised some money through a crowdsource-funding campaign, $4,600, Rainey said the costs were higher than they anticipated. The 3,000-square-foot wall needed repairs and maintenance in preparation for its new visage.

If you’d like to contribute, the I Have a Name Project is accepting donations for the mural, which you can make on its website.

“This is an opportunity to give a voice back to people who have been silenced,” Linton said. “I really hope it’ll create deeper, more meaningful conversations on ending homelessness.”