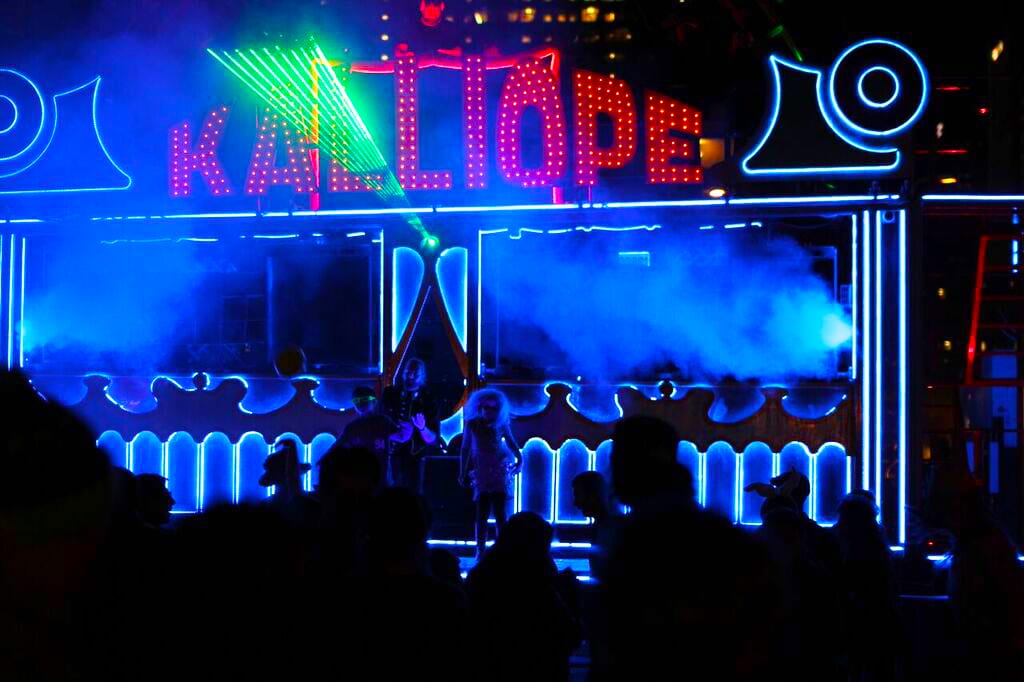 You might want to just stay in, watch the ball drop and sleep off a food coma. And we salute that. But if you’re looking for the hottest, hippest, most exciting New Year’s parties in the Valley, well, you’ve come to the right place.

The nice folks at Valley Metro even teamed up with Coors Light to provide free bus and light rail rides, in addition to ADA Dial-a-Ride services beginning at 7 p.m. on New Year’s Eve. So please plan your trips safely to, from and around Downtown Phoenix. Light rail runs until 2 a.m. and the bus routes will operate on a weekday schedule, with most services ending between 10 and 11 p.m. Click here for more info.

With tables, bottle service and VIP available, downtown’s two hottest night clubs unite to help you ring in the new year right. Featuring four levels, 10 DJs, live bands and hundreds of beautiful people, one ticket price gets you access to it all. General admission is $15 in advance and $20 at the door.

With DJ Sean Watson atop the Kalliope stage — a funky art car, complete with hi-fi sound and lasers — this will be one of the biggest tickets in town. Crescent Ballroom is closing down both Second and Third avenues to create an indoor-outdoor block party boasting three stages, a New Wave ‘80s tent, food trucks and more. In addition to Kalliope, Walter Productions is bringing Walter the Bus, Big Red and Heathen, the pyrotechnic fire truck. Featuring DJs Sean Watson, Dirty Doses, Oustin, Jared Alan, DJ Tristan and Klu. Tickets cost $15 in advance and $20 at the door.

Featuring downtown’s hottest DJs including Pickster One, Melo and DJ LA, in addition to live performances by Tabitha Kelley and Crystal Cruz of House of Cirque. Complimentary Champagne with any bottle service and a $25 optional buffet. Cover is $10, which can be waived with table/bottle service packages.

Picture this: Stars above, lights below and a fabulous party in between. Lustre knows how to throw an upscale party at an affordable price. Featuring complimentary bites from 8-10 p.m., tasty signature cocktails and DJ Swirl to help you dance the night away. Ring in the new year with the best views of Downtown Phoenix in the backdrop. Tickets are $45.

Listen to seasonal classics and contemporary favorites from the fabulous Phoenix Symphony, while sipping a complimentary glass of Champagne. It’s the classiest way to celebrate the new year. Get your tickets early for this popular musical celebration, as it’s sure to sell out. Ticket prices range from $18 to $83.

The Roosevelt Row Arts District knows how to party like it’s 1999…in 2016.  It’s going to be a fun-filled evening in the Growhouse alley with live music, flannel clothing, food trucks, lawn games, a photo booth, the Nopales Pinata Drop, Champagne, beer, and of course, lots of amazing artwork. Live entertainment from The Deep Down, Andy Warpigs, Psywave and Dustin Youso. Tickets cost $10 in advance and $20 at the door.

It’s the annual New Year’s Eve bash at your favorite Irish pub and probably the best place to sing “Auld Lang Syne” at midnight. Party the night away and welcome 2016 with live music by the Brazen Heads. A free Champagne toast and party favors will be provided. Cover is $5.